The lights were up, the microphones hot, and the performers stellar at this year’s Erie Idol Finals on Tuesday night. EHS’ annual singing competition has been a tradition for 4 years now, and every year never fails to outdo itself in showmanship and talent.

Janay Bird, the choir director and one of the main voices for the staging and success of Erie Idol, had a lot of comments before the finals.

“What's exciting about it is it gives students an opportunity to perform solo stuff that they wouldn't have the chance to do in class. It's also a big fundraiser for the choir department so it helps us out a lot”.

Bird adds about the effort it took to get Erie Idol to be successful adding , “It gets easier every year because we have done it before. It does take a lot of planning”.

“We have about 21 students signed up to help with the finals. There are students backstage, in the booth, selling concessions, selling tickets, ushering… So there is a lot of work going into making it happen”.

Commenting on the future of Erie Idol, Bird says, “I don't know. I keeps getting better and better though. It gets more competition every year that's for sure.”

The main thing Mrs. Bird wishes to have in the program in the coming years is a bigger audience.

Ali Hollis, a student who is performing in Erie Idol, gave her comments on what she likes about the show. She had many good things to say.

“I'm most nervous about singing a song that isn't really my usual genre of music”, Ali stated in reference to her performance, “But I think the song sounds better with my voice than a regular pop song”.

“I think there are going to be a lot more people there for the top 5 compared to the top 10 because it is more exciting, and I think the top five contestants are really going to try and invite people”, talking about the expected audience turnout that she wanted to see at the show.

“Something that has changed about Erie Idol is having a student judge”, she adds, “This is the first year we had a student who won come back and be a judge for Erie Idol”.

Her final comment was, “I love singing, music has my heart. I want to go out there and win”.

All the contestants did a fantastic job on their performances. This year’s contest was won by Zane Winegar, an EHS freshman and the first male performer to take the title of Erie Idol. Zane helped set a good reputation for the guys in the choir department.

Groups of supporters could be seen for each contestant, clustered together, some even with handmade posters, cheering aggressively for their favorite. This was certainly not going to be a forgettable year.

Just ask senior Jackson Kumar who attended the event to support his girlfriend, Kayla Arlington, in the top 5.

“Everyone there did such a great job, they all had great voices, and [voting] was just hard, because they were all so good.” Kumar told us.

He originally came to cheer on Kayla, but eventually fell in love with Zane’s performance and was excited to see him take the victory.

“I was hyped to see who won, especially who got into top 2.” Said Jackson. “one of the funniest parts of being in the audience is being able to scream and cheer”.

“I'm going to miss a lot of things at Erie High School. Erie Idol is definitely going to be one of them. It's great to have members of our community put themselves out like that”.

All the contestants did a fantastic job on their performances. This year’s contest was won by Zane Winegar, an EHS freshman and the first male performer to take the title of Erie Idol. Zane helped set a good reputation for the guys in the choir department.

Second-runner-up by a mere 2 votes was sophomore Katelyn Broerman, whose performances featured piano accompaniment provided by Danny Travino, as well as a stunning rendition of “I Won’t Give Up” on vocals and guitar.

But the talent doesn’t stop there. Some memorable top 5 moments included an emotional performance of “The Call” by Hannah Brink, who dedicated the song to a friend’s late brother, Ali Hollis’ vocal marathon of “Wrecking Ball”, and EHS’ first year athletic director and first time judge Justin Carpenter’s odd desire to befriend “legend” Zane, as well as buy his Christmas album. All in all, Erie Idol went off without a hitch and created a great show for the benefit of the choir department. 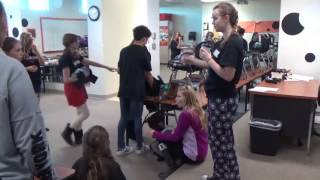 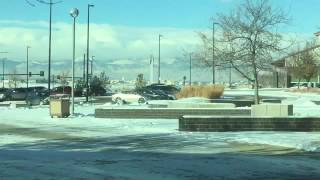 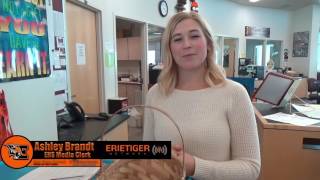 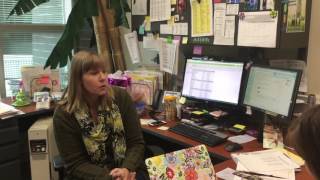 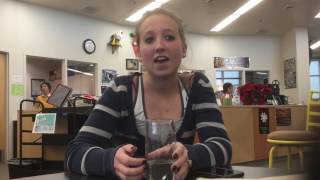 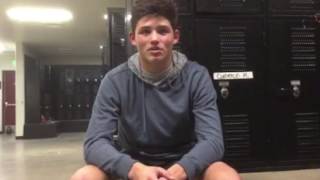